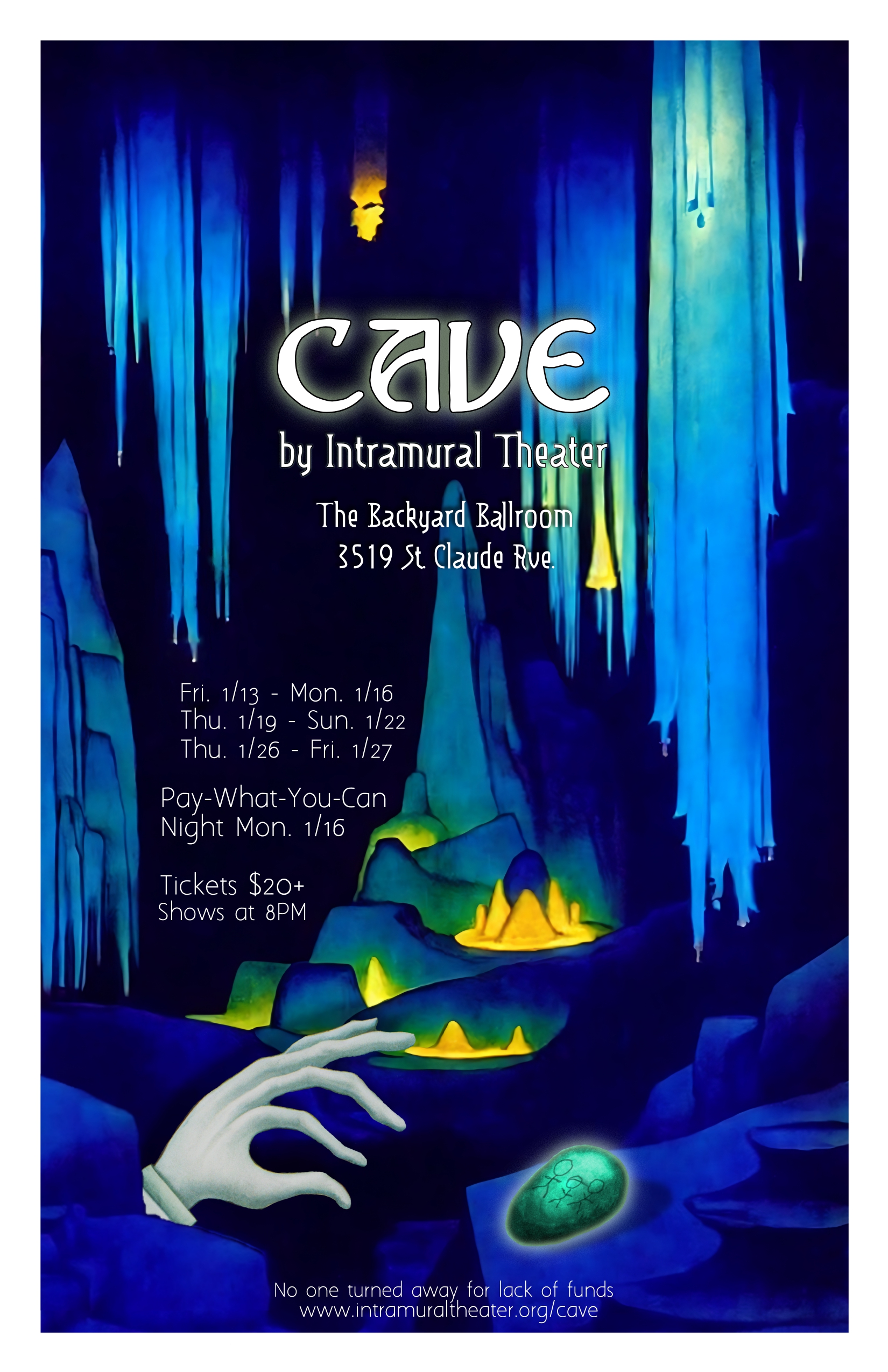 CAVE, a cosmic horror-comedy, tells the story of Adrienne, Zoe, and Crowbar, who have ventured into the Long Tooth Caverns to film a documentary about an archaeological survey that disappeared under mysterious circumstances. There they encounter Stan, a cave dweller tapped into his home’s ostensibly mystical powers. Personal tensions come to a head between the documentarians as the line between fact and myth blurs. Is the cave revealing hidden truths of their past lives, deepest fears, and destinies? Or are they slowly being driven mad by a toxic environment and the inescapable darkness of this strange underworld?