“Celebrating the Swedish Nightingale,” The Historic New Orleans Collection with the Swedish Embassy in Washington, DC, and the Consulate of Sweden in New Orleans 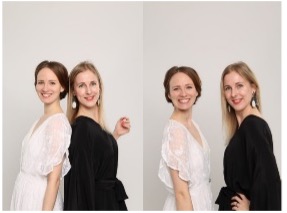 On Saturday, June 18, at 2 p.m. Swedish soprano Tessan-Maria Lehmussaari and pianist Silja Levander will perform selections from the repertoire of Jenny Lind, the famed Swedish opera singer who captivated audiences in the 19th century.

Lehmussari was named the 2020 Jenny Lind Scholar of the Royal Swedish Musical Academy and Folkets Hus & Parker in Sweden. Since 1875, the Royal Swedish Musical Academy has managed a donation from the famed Swedish singer Jenny Lind (1820-1887), and since 1965, the Folkets Hus & Parker have appointed a Jenny Lind scholar. The honor includes both a scholarship and a tour of Sweden and North America. Lehmussaari and Levander’s tour had originally be planned for 2020, to coincide with the 200th anniversary of Jenny Lind’s birth.

The tour of American cities is arranged by the Embassy of Sweden in Washington, DC, and the Consulate of Sweden in New Orleans has supported the local event. Admission to the in-person program is free. Reservations are encouraged and may be made online at www.hnoc.org or by calling (504) 598-7146.