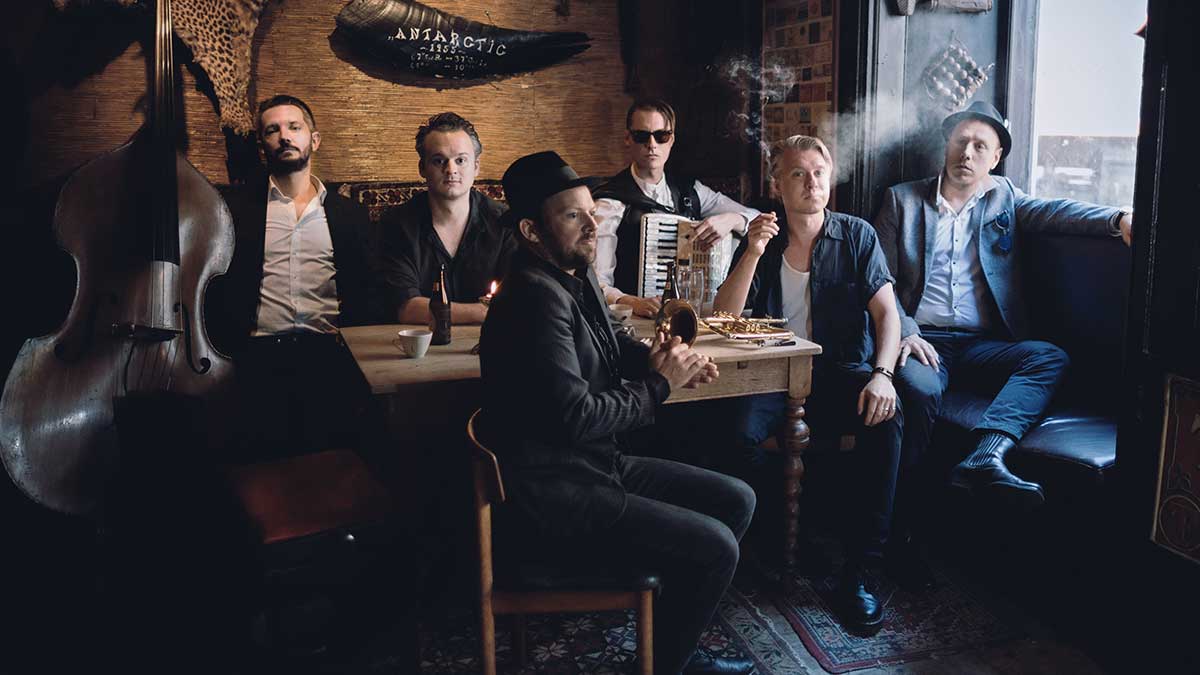 Together for 15 years, the virtuosic sextet has dazzled audiences and critics alike, establishing themselves among Europe’s premiere klezmer-jazz fusionists. Several of the band members have played together since childhood, when they were members of Copenhagen’s Tivoli Gardens Children’s Orchestra. Their long history together is evident in the group’s tight ensemble playing, a marvel to behold onstage as they weave their deep classical and Nordic roots with urbane jazz and the celebratory exuberance of Eastern European klezmer — played with skill, wit and great zest, clearly having a fabulous time.

As Denmark’s Jewish population is very small, clarinetist Emil Goldschmidt is the only Jewish member of the band. Growing up within the rich ethnic musical tradition of his family, Emil loved klezmer music and introduced it to his boyhood friends, the brothers Bo and Lukas Rande, who embraced it with enthusiasm. They began playing klezmer together, performing at Jewish community celebrations and beyond, eventually morphing it into new and different forms as a vision took root for their own fresh, Nordic take on a nexus of klezmer and jazz.

With a new album near completion (following up their 2018 Mames Babegenush with Strings), the band are sure to offer U.S. audiences some sneak peeks of their latest work at these upcoming concerts.ic