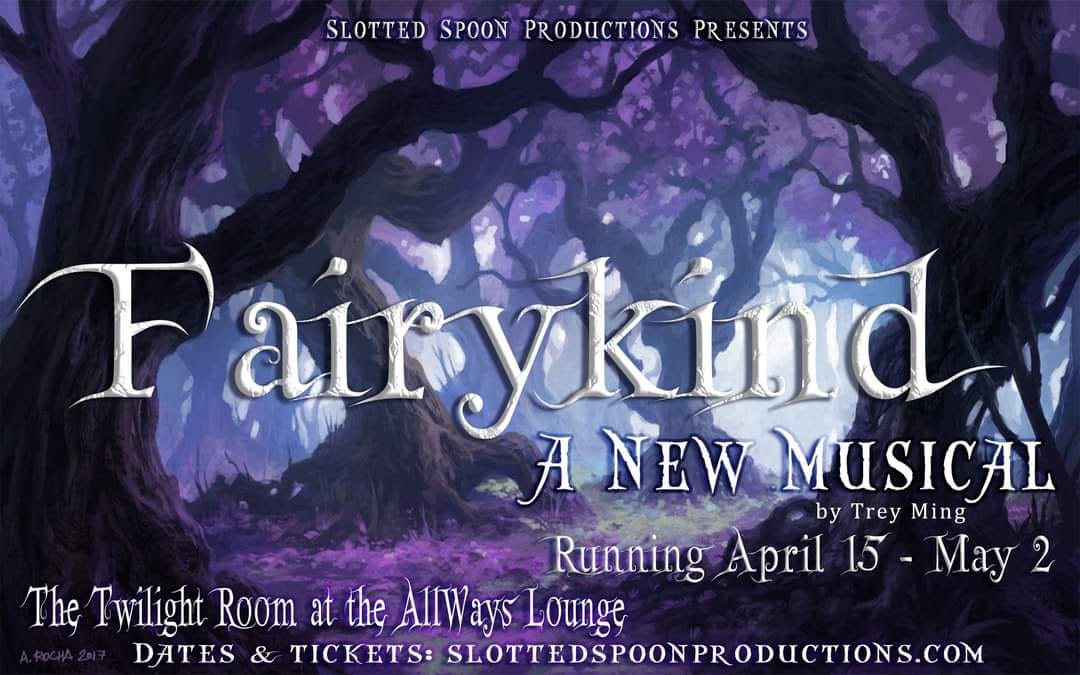 Magic has been outlawed in the Everworld. It is damnable even to mention the long-extinct beings from which Magic first came – the legendary Fairykind. But young Emerald will stop at nothing to bring to reality her recurring dream – a dream in which Fairykind still exist, and in which she is one of them. Pursued relentlessly by such enemies as the hateful enchantress Bellalora, Emerald and a small fellowship of heroes race to save the Everworld from what would doom any existence – the end of Magic.

Fairykind is upon us! Get your tickets now to one of our 8 performances running April 15 – May 2 at the AllWays Lounge. It’s magical, it’s a musical, and, I mean, look at this CAST:

Sailem from HELL ) as Mierra

and Trey Bien as Rolan

And with The Great Dane (Dane Baxter) and Daví Eddie Lockwood on set design, Peter Canavello on sound and lights, and Lola van Ella assistant directing, how can it not be MAGIC?