For The Culture: Kings Of Brass 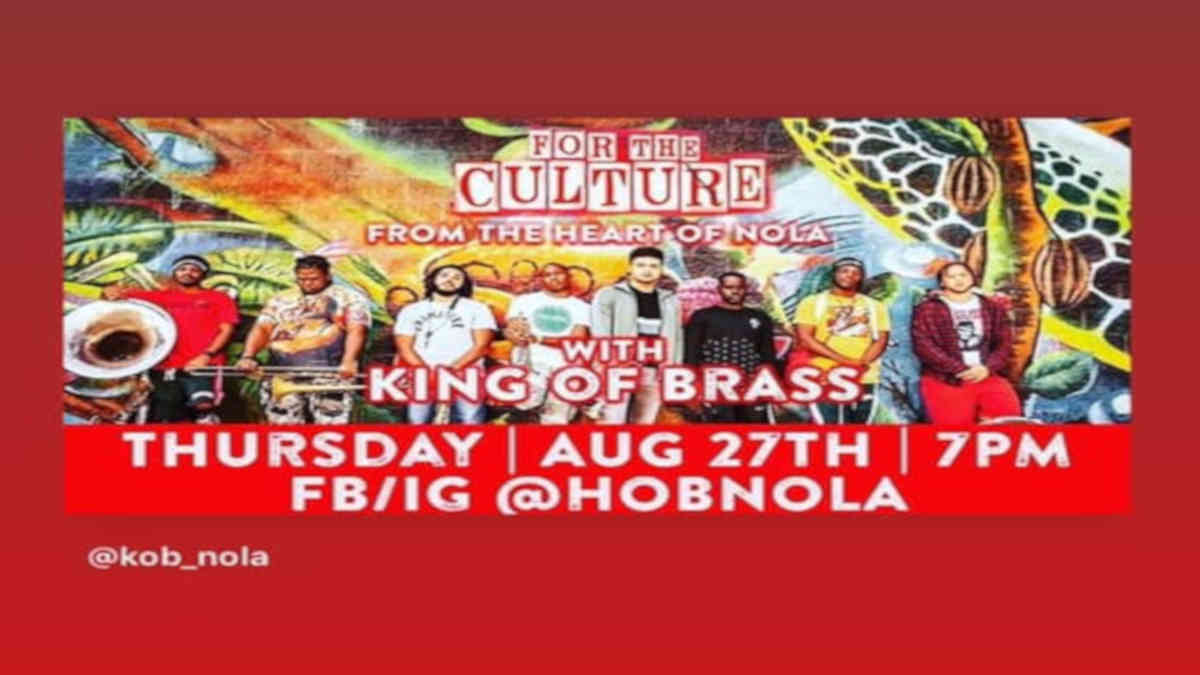 For The Culture: Kings Of Brass

About the “Kings Of Brass”

For The Culture – A week with Them People Productions:
Kings Of Brass Thursday, August 27 at 7pm CST

Founded in 2018 and formerly known as the New Breed Brass Band, Kings of Brass is a high energy band sure to get you off your tail and on your feet. K.O.B. lives and breathes the culture of New Orleans, infusing funk, rock, jazz, and hip-hop into a custom-made enhancement of second-line brass band tradition. As authentic as they come, they will forever bring the vibe of the New Orleans second-line with them and turn your event or city into a little slice of the Crescent City.

About For “The Culture”

“For The Culture” aims to create a network of New Orleans-based musicians, in many genres, one live stream at a time. It’s an opportunity for musicians and music lovers to connect. The House Of Blues New Orleans started the series shortly after  Music venues in New Orleans had to close down back in March. As of right now, nobody knows when they will be allowed to open back up.