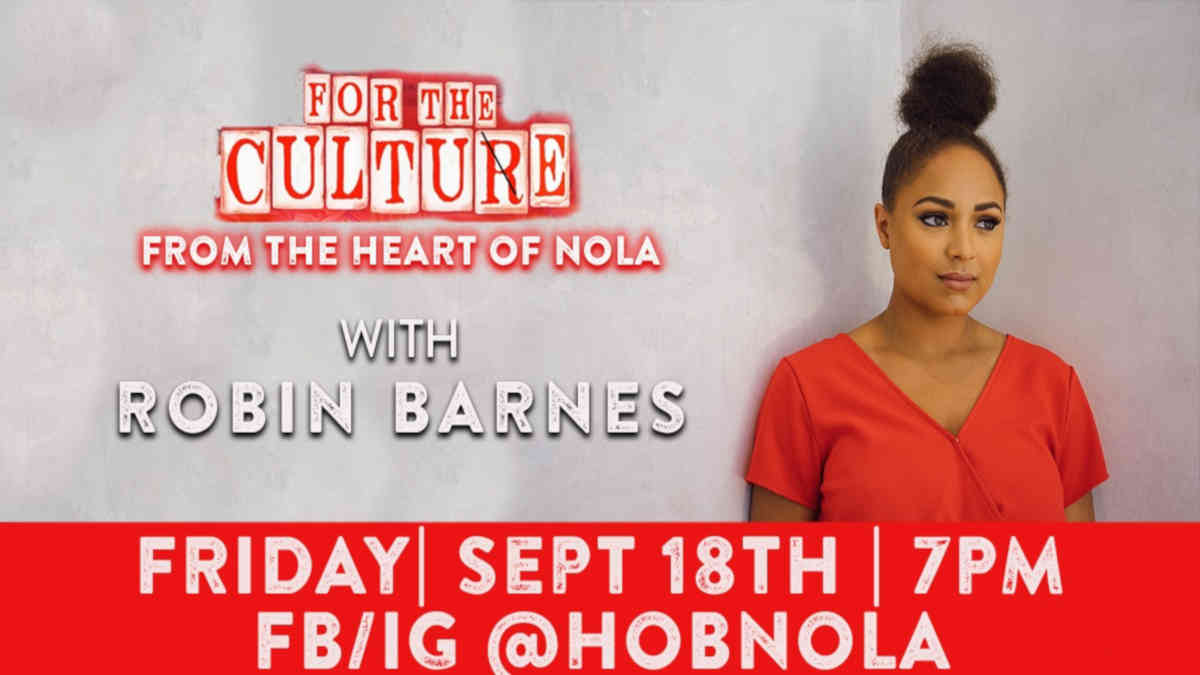 Miss Robin Barnes performances? See her performing at the House of Blues For The Culture series on Friday, September 18th starting at 7pm.  Watch her performance on the following platforms: FB/IG Live @hobnola / facebook.com/hobneworleans

With a voice that is as powerful with a whisper as it is with a bellow, contemporary New Orleans jazz singer Robin Barnes is here to stun audiences. Robin grew up surrounded by jazz sounds, as made evident by a #5 debut on the Traditional Jazz Albums Billboard charts in 2016, but her current sound, Robin Barnes & the Fiya Birds, is more Chaka Khan meets Ella Fitzgerald. She has a Monday live stream show on Facebook at 7pm.

About For “For The Culture”

“For The Culture” is basically creating a network of New Orleans-based musicians in many genres. “For The Culture” provides the opportunity for musicians and music lovers to connect through live-stream concerts. The House Of Blues New Orleans started the series shortly after  Music venues in New Orleans had to close down back in March. As of right now, nobody knows when they will be allowed to open back up.