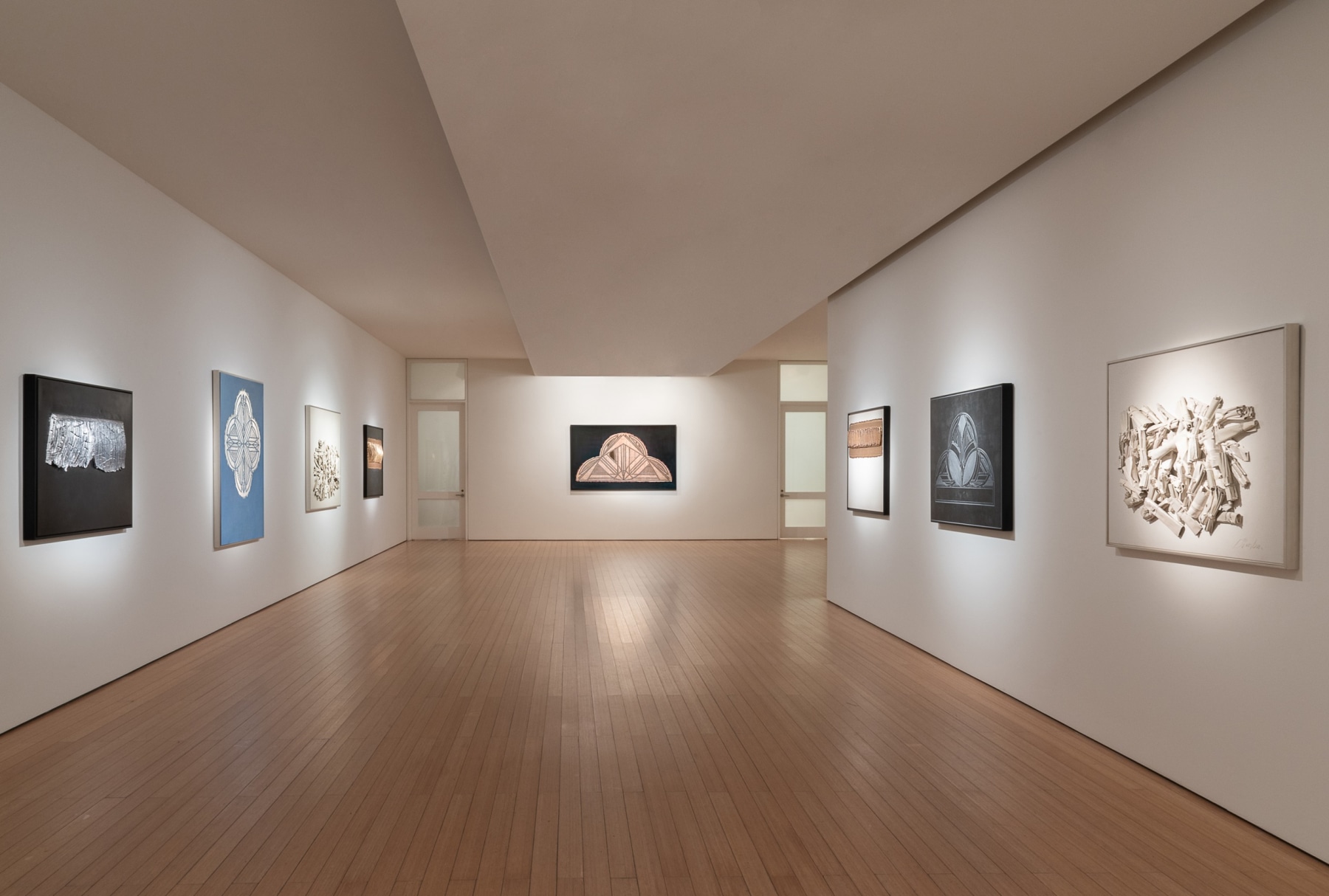 One of the most respected and influential artists of his generation, George Dunbar (b. 1927) continues to push the envelope of contemporary abstraction. Honored this year with the Opus Lifetime Achievement Award, presented by the Ogden Museum of Southern Art—and the subject of a forthcoming documentary produced by WLAE-TV and PBS— Dunbar at the age of 95 is debuting a suite of new mixed-media paintings at Callan Contemporary. The title of the exhibition and film, Mining the Surface, refers to the centuries-old techniques with which he transforms clay, marble paste, wood, pigment, and precious metals into masterpieces of visual allure, texturality, concentrated gestural energy, and Hard Edge geometry. The artworks in the exhibition span stylistic periods well known to his longtime admirers and collectors: Coin du Lestin, Surge, the Rag series, and Torregano, all created in his studio on Bayou Bonfouca.

Dunbar’s career began more than seven decades ago with studies at Tyler School of Art (Temple University, Philadelphia) and the Grande Chaumière Academy in Paris. He was active in New York City in the heyday of Abstract Expressionism, exhibiting alongside iconic AbEx painter Franz Kline in 1953. When he returned to his native Louisiana in 1957, he co- founded Orleans Gallery, a pioneering artist co-op that earned international acclaim. Since those formative years, his sculptures and paintings have been reviewed in leading publications such as The New York Times, Art in America, and ARTnews, and have been acquired into leading private, corporate, and institutional collections, among them the Whitney Museum of American Art, The British Museum (London), Ogden Museum, North Carolina Museum of Art, and New Orleans Museum of Art, which mounted the career surveys Dunbar: Mining the Surfaces (1997) and George Dunbar: Elements of Chance (2016-2017).

At the center of this beloved artist’s renown is his astonishing vitality, work ethic, perfectionism, and drive toward innovation. With their dialogue of Baroque materiality and Modernist sophistication, his compositions are dramatic yet nuanced, by turns opulent and immaculate, with a timelessness that evokes the objects of veneration we find in the world’s great temples and cathedrals. They are paintings simultaneously of their moment and for the ages, manifested by an artist of enduring vision and power.