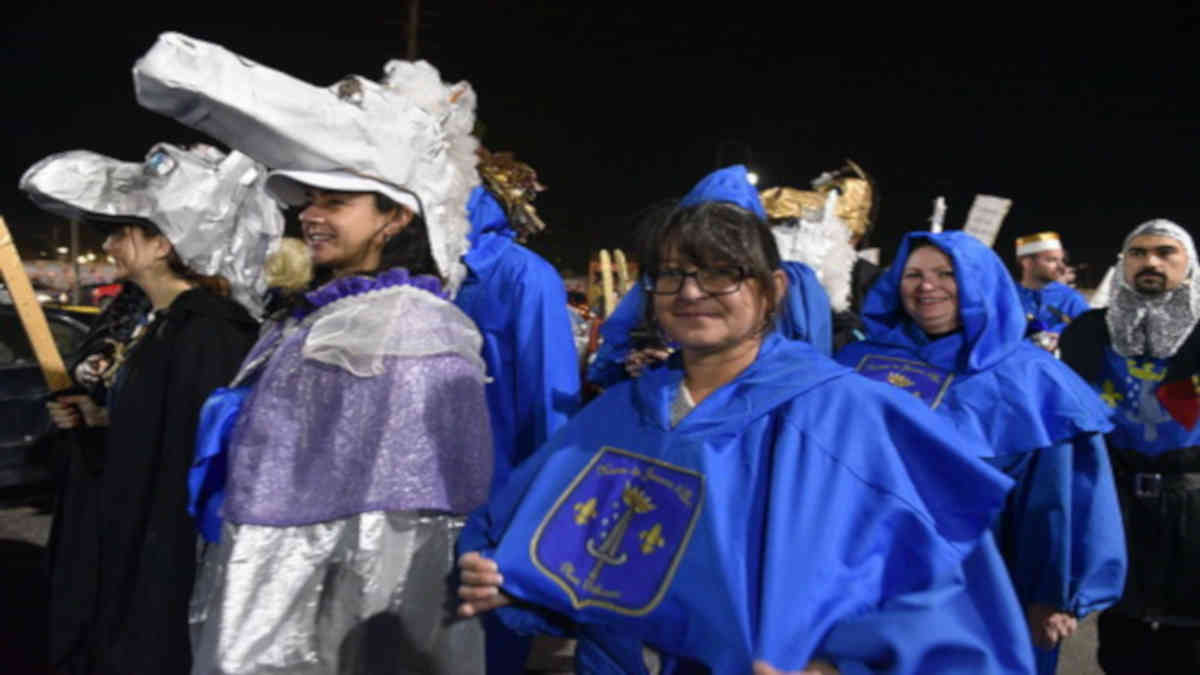 The Annual Joan of Arc Parade rolls on Joan of Arc’s birthday, January 6th. This is also Twelfth Night! The walking parade has over 400 costumed medieval “characters” representing various people and places, events, and symbols of Joan of Arc’s short but valiant and dramatic life. A “Maid of Honor” is selected each year from a pool of local applicants aged 16-19 and this young Joan of Arc rides on horseback in the parade. Watch for knights, angels, peasants, kings and queens, jesters, stick horses, saints, priests, judges, and several representations of Joan. Collect handmade throws from each battalion, from handcrafted medallions to prayer cards, wooden swords to garden seeds. Enjoy live medieval music, brass bands, drumming, bagpipes, and large-scale puppets and props representing various chapters in Joan’s story.

Celebrating St. Joan of Arc’s birthday and Twelfth Night, this annual  walking parade is a medieval-themed theatrical procession, inspired by Joan’s time in 1400s France.  Joan of Arc liberated the citizens of Orleans, France, from a British siege in her first victory in 1429—resulting in her moniker “The Maid of Orleans.” Our parade honors our own unofficial patron saint, The Maid of New Orleans: the beloved  golden French Quarter statue, a gift to the City of New Orleans from France in the 1950s, and our French history and heritage. It’s a short, family-friendly parade — quirky, whimsical and spiritual.  2020 also is the 100th anniversary of Joan becoming an official saint.

Bring king cake to share. The parade typically starts on time at 7 sharp, makes a few pauses for a bit of medieval pageantry, and ends around 8:30 p.m