Parasols on Parade, presented by Krewe of Themis 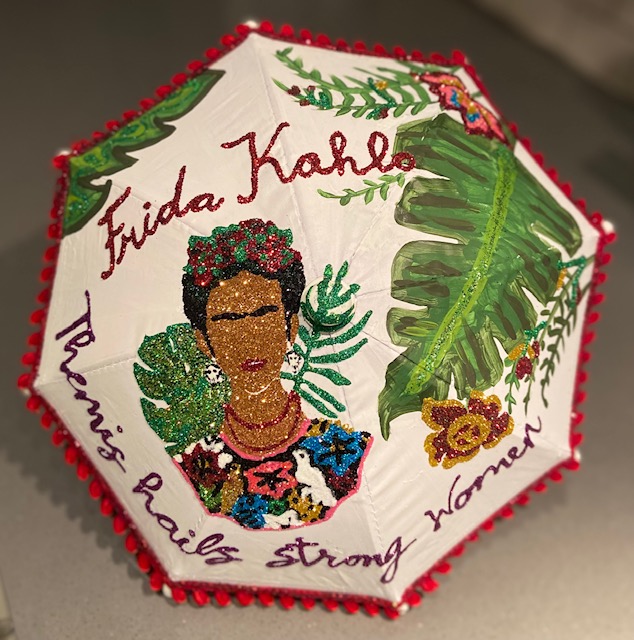 The Krewe of Themis extends an invitation to its first-ever umbrella showcase at Stella Jones Gallery on February 4 from 5:30-7:30 p.m. “Parasols on Parade” will be the public’s chance to get an early look at these one-of-a-kind treasures handcrafted by Themis Titanesses with love, spectacular creativity and endless amounts of glitter.

The more than 30 exhibit pieces are part of a larger collection of bedazzled umbrellas to be thrown to lucky revelers at the Krewe’s inaugural ride on February 19. Highlighting a variety of materials used, the umbrellas on display will honor legendary changemakers including The Rev. Martin Luther King Jr., Frida Kahlo and New Orleans’ own Baby Dolls (a source of inspiration for the Krewe’s signature throw). Themis chose umbrellas as the new Krewe’s signature throw for their significant representation of carnival season and New Orleans culture. Symbolizing protection, power, femininity, fashion, prestige, prosperity and more, these special parasols are in line with the Krewe’s overall spirit and mission.

Stella Jones Gallery, which has for nearly three decades showcased artists of the African diaspora and recently garnered recognition from Beyoncé, has ties to the Krewe as the owner’s daughter is a Titaness.