PhotoNOLA 2021 Opening Reception at The Broadside 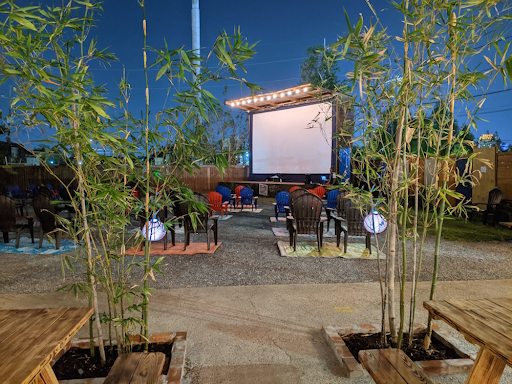 Come celebrate the 16th annual PhotoNOLA Opening Reception at the Broadside. This inspiring, creative, and fun evening event will feature photographic works from an array of visual artists and photographers. We are partnering with Another Gulf Is Possible to highlight the ongoing crisis in relief efforts due to the Hurricane Ida storm. Photographic work from staff photographers at the Times-Picayune will showcase the devastation and resilience of the residents of Southern Louisiana and the relief still necessary to rebuild.

Also featuring artists from Photoville’s We, Women project which opens on the Lafitte Greenway early this December, we are embracing Gulf South photography. Work featured by local photographers Ashley Teamer and Annie Flanagan, New Orleans artists with We, Women’s project THE POWER OF WE (opens on the Lafitte Greenway early this December.) Work from their project TK, a collaboration with Dillard University women’s basketball team, is displayed on billboards throughout the city. Images from this project will be digitally projected in 4k at the outdoor Broadside theatre here in New Orleans.

Tickets are $25, and include one drink ticket and popcorn. Purchase ticket here.

If you are a Bromide, Palladium, Platinum, or Daguerreotype NOPA member, you should have received an email regarding Gala Tickets included in your membership. If you did not receive an email, contact [email protected]

We Women- Lady Blue Devils Project
Ashley Teamer + Annie Flanagan
In 1973, after the passage of Title IX, Mary Dixon Teamer founded Dillard University’s Lady Bleu Devils in New Orleans, Louisiana. Nearly 50 years later, Mary’s granddaughter, Ashley Teamer, along with friend and collaborator Annie Flanagan, have documented the present day Lady Bleu Devils team over the course of two years. They’ve witnessed them become the 2018 Gulf Coast Athletic Conference champions as well as how their deep interconnections and unwavering community grew over the seasons.
Through a billboard series in New Orleans coming this year, their project inserts Black women in the landscape of the city, highlighting the significance of the team and the relationships and complexities of each player in their pursuit of athletic and academic excellence at a historically Black university.

Naked On The Floor
Local jazz favorites, Naked on the Floor features Jonathan Freilich on guitar and compositions, James Singleton on bass, Doug Garrison on drums, and a three-piece assorted woodwind section of Rex Gregory, Derek Douget and Dan Oestreicher. This band has existed in assorted lineups since the early 1990s, always as a venue and vehicle for Jonathan’s deeply unique songbook that crosses between jazz and many aspects of world-and-culturally-wide styles and traditions.