Profs & Pints Online: The Mark of the Beast 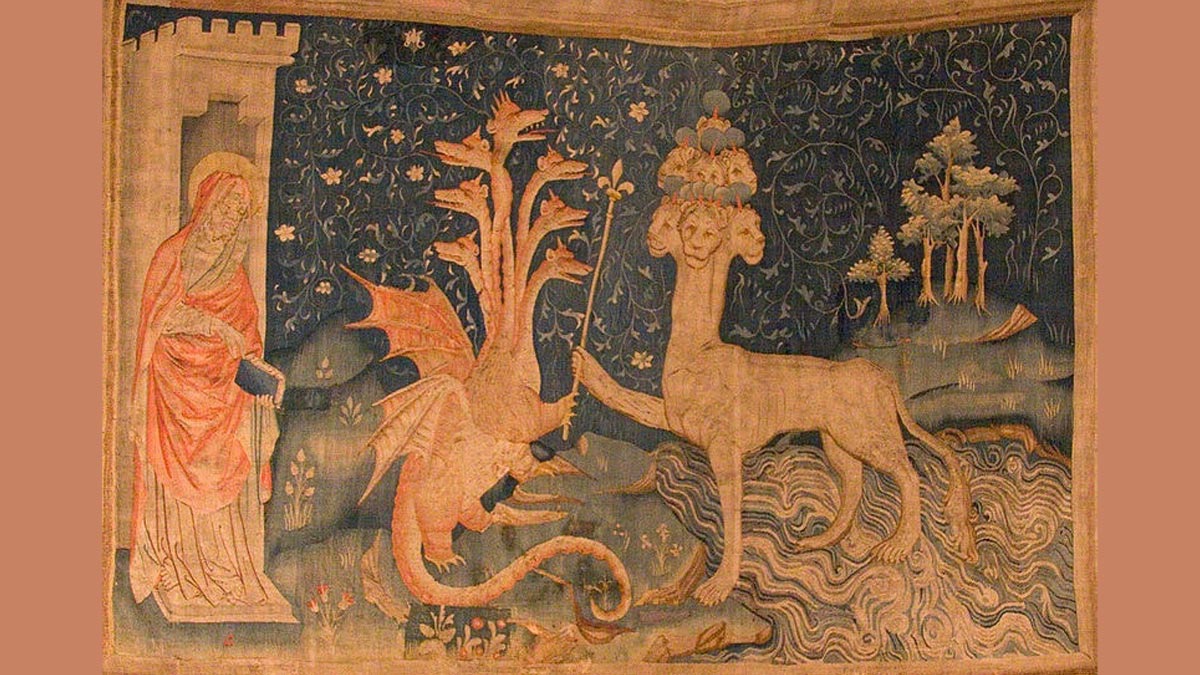 Profs and Pints Online presents: “The Mark of the Beast,” as well as other riddles from the Book of Revelation, explained in historical context by Eric Vanden Eykel, associate professor of religion at Ferrum College and scholar of early Christian literature and apocryphal texts.

[This talk will remain available in recorded form at the link given here for tickets and access.] The New Testament’s Book of Revelation contains an enigmatic number—666, the “mark of the beast”—that has grown infamous over time. In recent years, conspiracy theorists and superstitious readers of the Bible have interpreted it as a coded reference to any number of modern phenomena, including bar codes, credit cards, Barney the Dinosaur, Monster Energy Drinks, the Pope, and even the Apple Watch. But what does it really mean?
Hear that question—as well as related ones dealing with the Book of Revelation’s dragon, beast, and other characters, scenes, and symbols—tackled by Eric Vanden Eykel, a religion professor who has extensively researched ancient Christianity and its apocryphal and prophetic texts.

He’ll discuss how the Book of Revelation’s bizarre and often-confusing imagery has been subject to widespread misinterpretation as a result of people seeing the text as some sort of roadmap of future events as opposed to a book about its own time. Framing the book as about the ancient past—a first-century document written for first-century Christian readers—he’ll argue that the document’s author sought through its detailed to communicate a message of perseverance and hope to an audience that was experiencing horrific persecution.

You’ll come to see how the Book of Revelation, as a whole, seemed intended mainly as a harsh critique of the Roman Empire of the first century, and as a stern warning to readers of the dangers of aligning themselves with the Empire instead of with God.

You’ll be left with not a much greater understanding of early Christianity, but an appreciation of how much ancient writings and events can be misinterpreted with the passage of time.