NOLA River Fest, like so many other events is going virtual in 2020. The festival that celebrates the mighty Mississippi river will start on September 21 and come to an end on September 27. NOLA River Fest focuses on the environmental, cultural, and economic impact of the Mississippi River and the land it built through live music, cooking demonstrations, presentations, panels, and walking tours that explore this year’s theme “Working on the River.” The festival is free and open to the public. It will be hosted on Facebook. You can also watch NOLA River Fest here: https://www.nolariverfest.org/river-fest

Greyhawk Perkins – New Orleans-born Grayhawk Perkins, who is of Native American Choctaw and Houma Nation descent, is a well-known cultural figure in Louisiana. As a musician, he has been involved with the New Orleans music industry for decades, having shared the stage with many notable acts such as Dr. John and Coco Robicheaux. He performs regularly at the New Orleans Jazz & Heritage Festival and the Voodoo Experience Music Festival, and has worked as a Jazz Fest Coordinator for over 25 years.

Sunday, September 27 – Bon Bon Vivant is an indie/gypsy band from New Orleans that electrifies audiences across the country with their signature blend of gypsy-jazz/ Americana, dark ballads and up-tempo indie dance rock. BBVs original music pays homage to the bawdy New Orleans sound while infusing an indie flavor that leaves a lasting mark on listeners.

For more events including the speaker lineup visit: https://www.nolariverfest.org/

In addition to providing a variety of local cuisine and music performances in years past, the Jazz Museum hosts several educational panels, walking tours, and children’s activities focused on the seafood industry, coastal restoration, and sustainability. To gather virtually in 2020, these lectures and performances will be celebrated for an entire week. The accessibility of the panels exposes these visitors to first-hand accounts from leaders in business sustainability, water management, urban reforestation, fishing, and water transportation. These educational opportunities emphasize the responsibility that individuals share in preserving their culture and community. Because the festival draws visitation from both locals and tourists, the ideas learned in these discussions have a direct impact on both the local community and beyond. 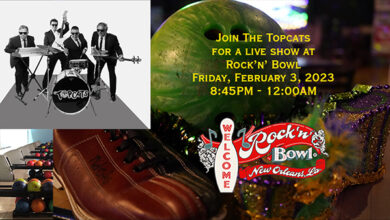 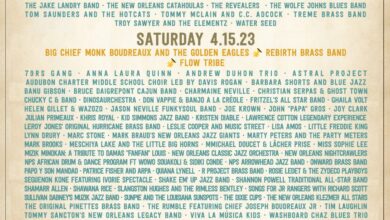 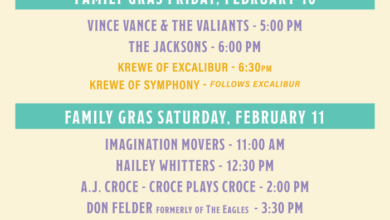