Snakes are one of the most interesting parts of the Louisiana Swamps. Most of the Louisiana snakes are not venomous and they are great for balancing the insect and rodent population.They typically keep to themselves and only become more aggressive when they are defending themselves. This means they won’t attack you. Louisiana has about 47 species of snakes.

Did you know that snakes are most active when temperatures are between 80-90 degrees Fahrenheit? As a result, you are more likely to see them  during spring and during the early mornings and late afternoons throughout the summer. Let’s take a closer look at the snakes you may encounter on our Swamp Tours. 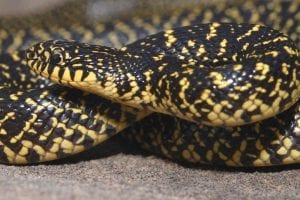 The Speckled Kingsnake is a  large, constricting Snake, that can reach between 12 to 24 inches long, according to the Louisiana Department of Wildlife and Fisheries. This snake has a series of black, red and white or yellow rings, with each red and yellow ring bordered on either side by black, the rings continue across belly. The snake’s snout is always red and its are scales smooth. Scarlet kingsnakes are usually found in and under pine logs, and within standing dead pines and stumps. They also occur in dry hardwood forests in the Felicianas. They lay from 4-7 eggs.

The Kingsnake can be found hiding in the cypress stumps in the marsh.  Milton Walker, Louisiana Tour Company 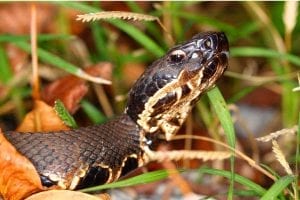 The Cottonmouth is one of Louisiana’s venomous snakes. It measures between 15 to 55 inches. The Cottonmouth is usually dark tan, brown or nearly black, with vague black or dark brown crossbands. Its side of head is black with a white line from the eye to the angle of the mouth. Juveniles have a bold pattern of dark brown crossbands on a pink or orange background, with a yellow tail. Some adults retain the juvenile pattern. Cottonmouths live in swamplands and ponds, lakes and stream borders, especially those with dense canopies, says the Louisiana Department of Wildlife and Fisheries.

If you see a cottonmouth snake, enjoy it from a distance because they can certainly be aggressive.  Justin Walker, Louisiana Tour Company

These snakes often remain coiled near water, or on log jams in water, rarely ascending shrubs or palmettos. They frequently travel between streams, even over low ridges, and may be found in almost any habitat. Upon provocation, cottonmouths will coil, open their mouths to expose the white lining, and shake their tails. They are highly defensive and not inclined to get out of one’s way. 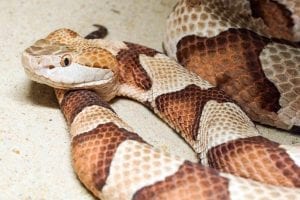 The Copperhead is another one of Louisiana’s venomous snakes. It is between 14 to 45 inches long and usually beige, tan or pale gray. The snake often has a dull pink or orange tint above, with broad, darker brown, hourglass-shaped crossbands that is slightly paler on the lower sides.  The head is patternless, often with a faint orange tint on the top, dull yellow on the sides. Young copperheads have a bright yellow tail. Copperheads frequent forested and wooded areas. They are not aggressive, but create a potential hazard by lying motionless and camouflaged. During the summer they are active at night and very early in the morning. They feed on frogs, cicadas and rodents, and give birth to from 4-16 young.

To see all snakes in Louisiana visit: http://www.wlf.louisiana.gov/node/38756

What’s In A Hurricane 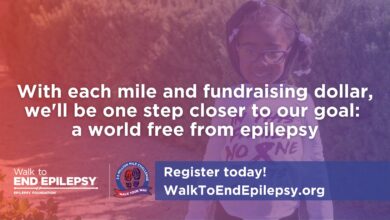